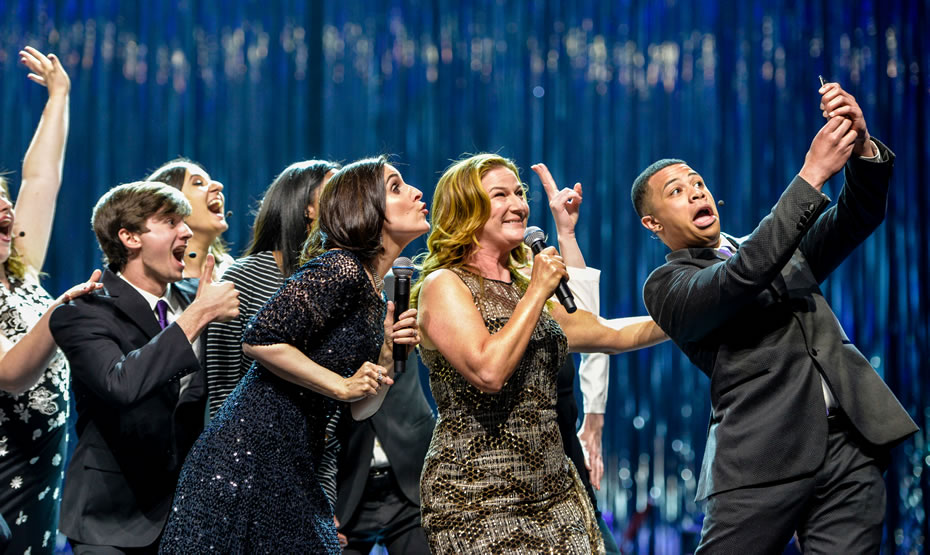 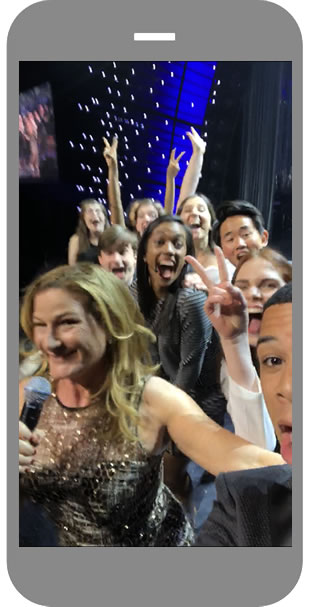 Sometimes it pays to be selfie-conscious. In the boisterous opening number of CommFest 2018’s “A Starry Night,” Ana Gasteyer (C89) and Stephanie D’Abruzzo (C93) sang “Comin’ Together,” an original song penned by Michael Mahler (C04) and Alan Schmuckler (C05), alongside School of Communication students and recent alumni.

The choreography called for a staged selfie, which was handled by then sophomore theatre major Ryan Foreman (far right). What the Ryan Fieldhouse and Wilson Field audience that night might not have realized is that Foreman actually took a photo—and it went Wildcat viral.

“I had people blowing up my phone,” he says. “Having it featured in articles and Northwestern’s social media platforms was just too cool, and I’m so lucky to have gotten that opportunity.” Foreman contends the photo “isn’t all that great,” since it’s a little blurry and unintentionally crops out D’Abruzzo.

What is crystal clear, however, is the genuine enthusiasm and excitement captured in each person’s face. “Most of what we hear about the entertainment industry is that it’s cutthroat and every man for himself, but being with the team who put this whole event together showed me how they want others to succeed and they want the younger generation to go out and create more theatre to change the world,” says Foreman. “Theatre truly is a collaborative process, and that was really demonstrated in putting on this show.”